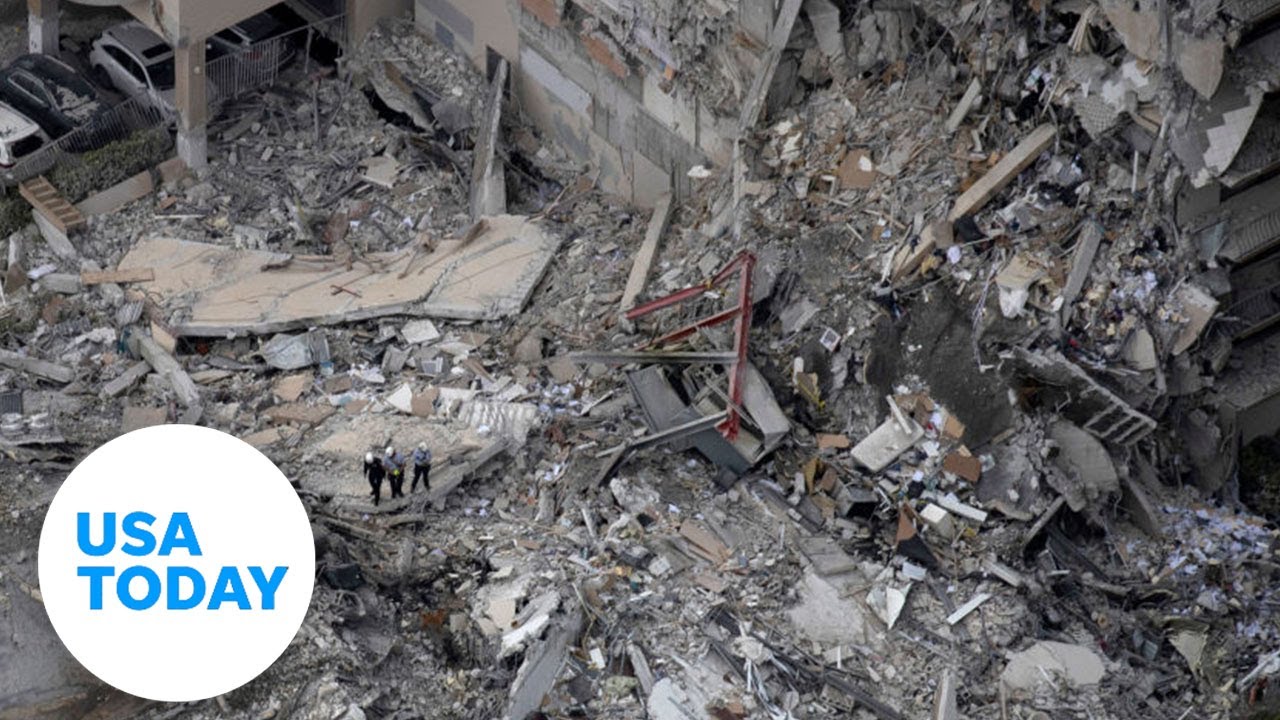 SURFSIDE, Fla. — Rescuers sifting through the debris of a collapsed Florida condo building continued their meticulous work Monday as town officials held onto hope of finding survivors in the rubble.

The death toll from the collapse rose to nine on Sunday after first responders pulled four more bodies from the site of the Champlain Towers South, a 12-story condo building built in Surfside, Florida, in 1981. Miami-Dade County Mayor Daniella Levine Cava said Sunday that additional human remains were also removed from the rubble.

More than 150 people remain unaccounted for after a section of the building fell down last Thursday. Video shows the center of the wing that collapsed crumbling before the other end then falls.

Rescuers found some voids in the wreckage, mostly in the basement and parking garage areas, and more than 80 first responders at a time are in the rubble, Andy Alvarez, a deputy incident commander with Miami-Dade Fire Rescue, told ABC’s “Good Morning America” on Monday.

“This is a frantic search to seek that hope, that miracle, to see who we can bring out of this building alive,” he said.

Meanwhile, officials in Surfside over the weekend published scores of documents to their website, some of which warned just a couple years ago of “major structural damage” and the potential for “exponential damage.”

Building collapse in Miami:Multiple factors could have contributed, experts say

Here’s what we know Monday:

As the pace of recovery remains slow for search and rescue crew following a painstakingly detailed process, family members of the 152 people still unaccounted for were given a private tour of the area Sunday afternoon.

About 100 family members toured the site, which has been experienced electrical fires and flooding that have slowed the recovery effort.

During Sunday’s search effort, crews dug a 40-foot tunnel, providing access to new areas of the collapse, but the efforts were temporarily halted as rubble shifted.

Levine Cava said the four bodies recovered Sunday were a result of that effort.

Less than three years before the collapse, engineers noted design flaws and failing waterproofing that would lead to “exponential damage,” according to documents released late Friday.

A letter to the condominium association’s treasurer on Oct. 8, 2018, included pages of recommended repairs. One warned of failed waterproofing causing “major structural damage” on a concrete slab over a garage and said “Failure to replace the waterproofing in the near future will cause the extent of the concrete damage to expand exponentially.”

The author warned that the design was faulty, replacement would be complicated, and that it was a “systemic issue.”

The documents also indicate that repairs were estimated to reach at least $9 million. One resident told USA TODAY they recall discussions about costs running as high as $15 million.

Emails released by the town also indicated the condominium association’s then vice president sent the report, which included information about the slab and the damaged concrete, to a town building official as early as Nov. 13, 2018.

The problems outlined in that report could indicate there were other unseen problems, said Gregg Schlesinger, a Fort Lauderdale general contractor and attorney who has handled lawsuits based on construction defects.

“It looks like (inspectors) may not have been able to examine structural elements in other parts of the building,” Schlesinger said. “There were probably similar water problems elsewhere.”

However, more than a dozen experts who spoke with USA TODAY did not reach a consensus on what caused the collapse. Some pointed to sea level rise and the corrosive effect of saltwater brought with encroaching tides. Others wondered about the stability of the ground beneath or more mundane matters such as shoddy construction or lax oversight.

Names of the victims of the collapse released

Among those killed in the disaster were Antonio Lozano, 83, and Gladys Lozano, 79, a married couple about to celebrate their 59th wedding anniversary. The couple, both Cuban emigres, had dinner with their son, Sergio Lozano, a few hours before the collapse, he told Miami’s WPLG-TV. If there’s any solace in their deaths, he said, it’s in knowing the two “went together and went quickly.”

The missing:There are still more than 150 people unaccounted for in the building collapse in Miami. Here’s what we know about them.

Fang’s teenage son, Handler, was rescued by a nearby resident, Nicholas Balboa, who was walking his dog near the buildings and heard his screams.

LaFont was asleep when the building fell, his ex-wife, Adriana LaFont, told the USA TODAY Network. The 42-year-old woman said the debris resembled a war zone. “When I saw it, I almost died,” LaFont said in Spanish. “It felt like those walls fell on me, too.”

Among those missing were many South Americans and members of Surfside’s Jewish community. JetBlue said Sunday one of its flight attendants was among the missing. A doctor, teacher and yoga instructor were also unaccounted for.

Residents in Champlain Towers North wonder whether building is safe

Just north of Champlain Towers South sits a nearly identical condo building, in which residents have been asking whether their homes are safe, Mayor Burkett said.

Champlain Towers North is “basically the identical building in almost every way to the one that collapsed,” he said. “Built by the same contractor, around the same time, with the same central plans and probably with the same materials.”

The building did not appear to be damaged when the building to the south collapsed, but Burkett said there would be resources available to residents who want to evacuate.

“It’s scary,” said resident Bud Thomas, 55. “I’m hoping that this one doesn’t have the same structural problems as the other one.”

A whimper, not a bang, in Tokyo

Amazing images of Simone Biles, others

Recap the start of the Games