Five-star 2023 quarterback Arch Manning has several schools on his radar next month.

As Manning works through spring practice at Isidore Newman School in New Orleans, 247Sports’ Steve Wiltfong caught up with Arch’s father, Cooper, for a wide-ranging interview on his son’s recruitment.

The main news was Manning’s five scheduled visits for June — he’ll check out Alabama, Clemson, Georgia, Southern Methodist and Texas next month — but his father mentioned North Carolina as one of many other schools Manning has shown initial interest in visiting down the road in 2021 or 2022.

“He’s especially interested in doing a Stanford-USC swing and a Notre Dame-Ohio State swing,” Cooper Manning said. “It might be hard to get it all done in June, but he’s been enjoying talking to those guys as well. On the heels of that, I think there will be a time he wants to see Virginia and North Carolina, too.”

North Carolina is one of 10 schools that have officially offered a scholarship to Manning, the nephew of former No. 1 overall NFL draft picks and Super Bowl-winning quarterbacks Eli and Peyton. His grandfather, Archie, was also an NFL quarterback, and his father, Cooper, was a standout receiver in high school.

The 6-foot-4, 200-pound Manning has quickly risen to national prominence in his first two seasons under center for Isidore Newman, the private school where his father and his uncles also played.

Manning completed 65.5% of his passes as a 15-year-old freshman for 2,438 yards and 34 touchdowns against six interceptions in 10 games. The Greenies went 9-1 and lost in the first round of the playoffs. 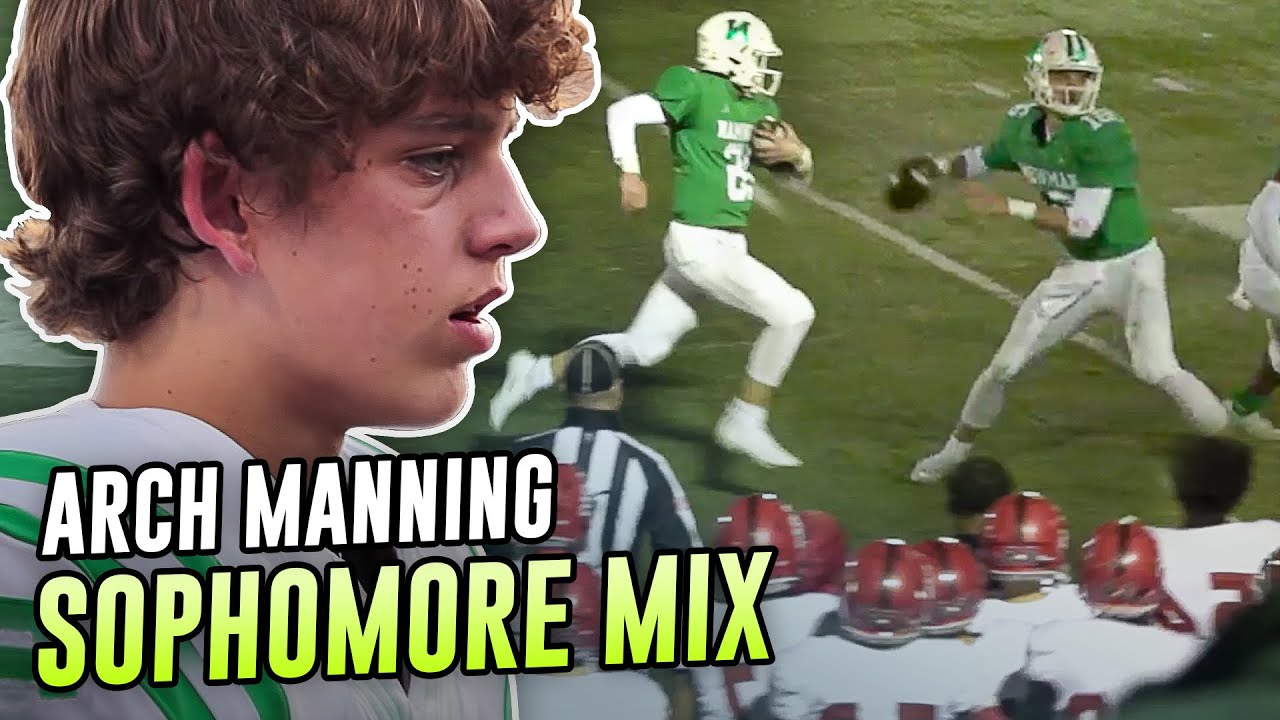 As a sophomore last fall, he completed 71.8% of his passes for 1,643 yards and 19 touchdowns against seven interceptions in eight games; he also rushed 31 times for 229 yards and eight touchdowns.

Manning is the No. 1 class of 2023 recruit in Louisiana, the No. 1 pro-style quarterback in his class and the No. 3 overall recruit in his class, per 247Sports composite rankings. He’s approaching his visit-heavy summer of 2021 “wide-eyed and excited to meet people and learn,” Cooper Manning told 247Sports.

“When you’re a sophomore, you’re learning what you like and what you don’t like,” Manning said of his son. “He’s excited, and we’re excited to go see what these schools are all about.”

Physicists Find a Novel Way to Switch Antiferromagnetism On and Off

At least 2 hit by truck at Florida event

Trademark application for patent in trouble