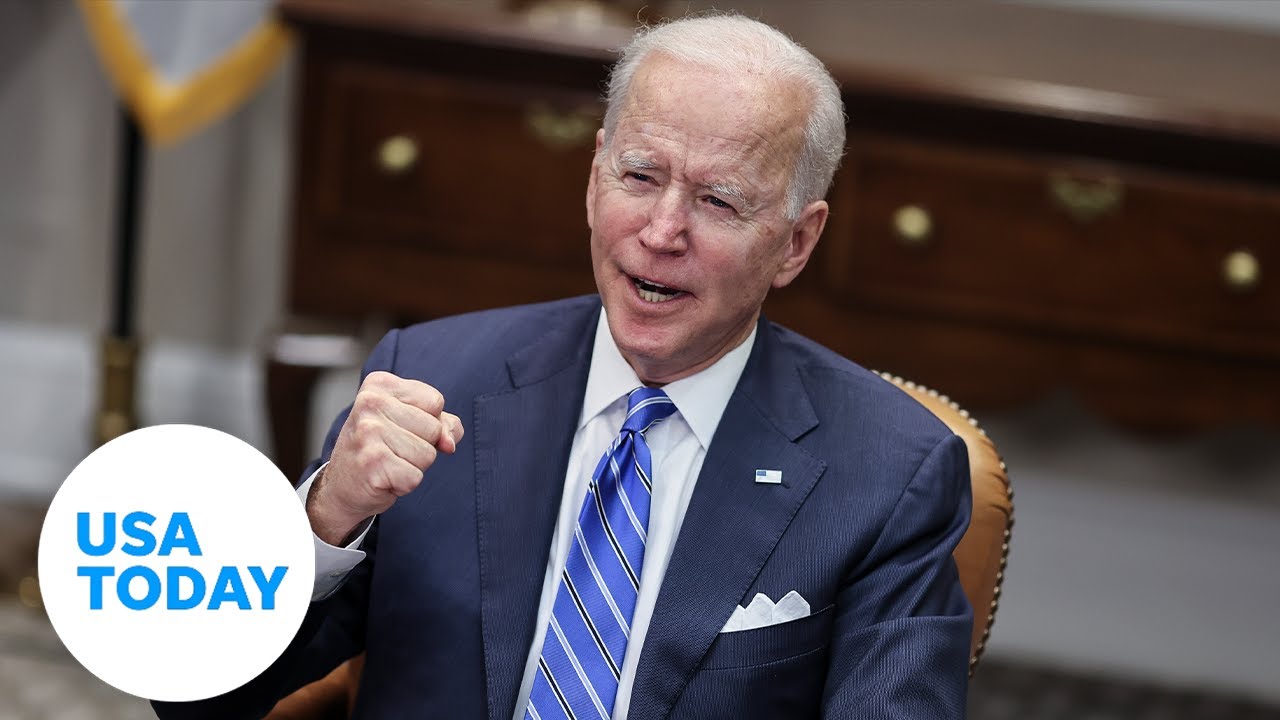 WASHINGTON – President Joe Biden lauded German Chancellor Angela Merkel on Thursday during what is likely to be her last visit to Washington as the head of state, noting she was Germany’s first female chancellor, whose tenure lasted through four American presidents.

“Here’s an exemplary life of groundbreaking service to Germany, and I might add … to the world,” Biden said as Merkel stood by his side.

Despite Biden’s plaudits for the German leader, there were contentious issues on the agenda when they sat down earlier for a private one-on-one meeting. Among the toughest: the sharp split between the U.S. and Germany over Nord Stream 2, the gas pipeline that would run from Russia to Germany and that the U.S. fears will give Moscow increased leverage over Europe.

Biden said he raised concerns about the pipeline with Merkel and that the two leaders agreed to look for “practical measures” that could be taken to ensure energy is not used as coercive tool against Ukraine or other allies.

While the two leaders did not announce any breakthroughs on the pipeline, Merkel stressed the importance of Ukraine’s right to serve as a “transit country” for natural gas but also emphasized its right to territorial sovereignty “just as any other country in the world.”

A senior administration official, who briefed reporters ahead of the Biden-Merkel meeting on the condition of anonymity, defended the White House’s decision to forgo imposing sanctions on German companies involved in building the pipeline, a move that sparked bipartisan criticism from lawmakers in Congress. Biden’s advisers said the pipeline was nearly completed before he took office and it was too late now to stop it.

Travel between the U.S. and Europe

On another issue, there has been growing frustration in European capitals over the refusal of the U.S. to lift its pandemic restrictions on travel from the bloc, even as Germany, France and other EU countries have seen COVID cases plummet amid the vaccine rollouts.

Biden suggested a decision on the travel ban could be coming in a matter of days.

“It’s in the process now,” he said when pressed on the issue by a German reporter. “I’m waiting to hear from … our COVID team as to when that should be done.”

Merkel said she raised the issue in her meeting with Biden and noted the highly contagious delta variant of the coronavirus was a factor, saying it has been a challenge for both the U.S. and Germany.

“It has to be a sustainable decision,” she said, adding that it would not be “sensible to have to take it back” once travel restrictions are lifted.

The two world leaders discussed a range of other issues, from climate change to the coronavirus pandemic to the withdrawal by the U.S. and NATO forces from Afghanistan.

Thursday’s meetings were far friendlier than the notoriously testy confrontations between Merkel and former President Donald Trump, who tussled over everything from NATO dues to the U.S. president’s Twitter taunts.

In the Oval Office at the start of their meeting, Biden praised Merkel as “a great friend, a personal friend and a friend of the United States.”

Merkel stressed “how much I value friendship with the United States of America.”

“We are more than aware of the contribution of America to a free and democratic Germany,” she said. “So I am very much looking forward to deepening the relationship again.”

Merkel has her own objectives for the visit.

“In part this is a farewell visit, in part she is signaling continuity and stability in the German-U.S. relationship,” said Johannes Timm, a senior fellow at the German Institute for International and Security Affairs, a think tank in Berlin.

After 16 years working with Merkel, many officials in Washington and elsewhere are wondering what course Germany might take after the next election. The longtime chancellor’s objective was to reassure them that there won’t be a huge shift, he said.

Merkel began her visit at the Naval Observatory for a “working breakfast” with Vice President Kamala Harris. It marked the first time Harris has hosted a foreign leader at the vice president’s residence.

Harris lauded Merkel’s “extraordinary career” and noted that Biden is the fourth American president to host her.

“It goes without saying that the relationship between our two countries is one founded on many shared values, including a commitment to democracy around the world,” Harris said in brief public remarks as Merkel arrived.

Biden has made it a priority to repair America’s relationship with its European allies in the wake of Trump’s antagonistic approach to the bloc, which was marked by punitive tariffs, diplomatic slights and red-hot debates over multilateralism and NATO.

‘Trump is gone,’ but lingering: As Biden vows ‘America is back,’ allies wonder for how long

Trump clashed repeatedly with Merkel, and before his term ended, he ordered a drawdown of U.S. forces from Germany in what many viewed as a public rebuke of her. Biden has halted that reduction of forces, and  during Thursday’s news conference, he stressed the partnership between Washington and Berlin as Merkel prepares to leave the political stage after more than 15 years as chancellor.

Merkel’s party is leading in polls ahead of Germany’s Sept. 26 election, but the environmentalist Greens and the center-left Social Democrats are also vying to lead a future government.

More:Trump blasts US ally Germany as ‘captive to Russia’ in tense opening of NATO summit