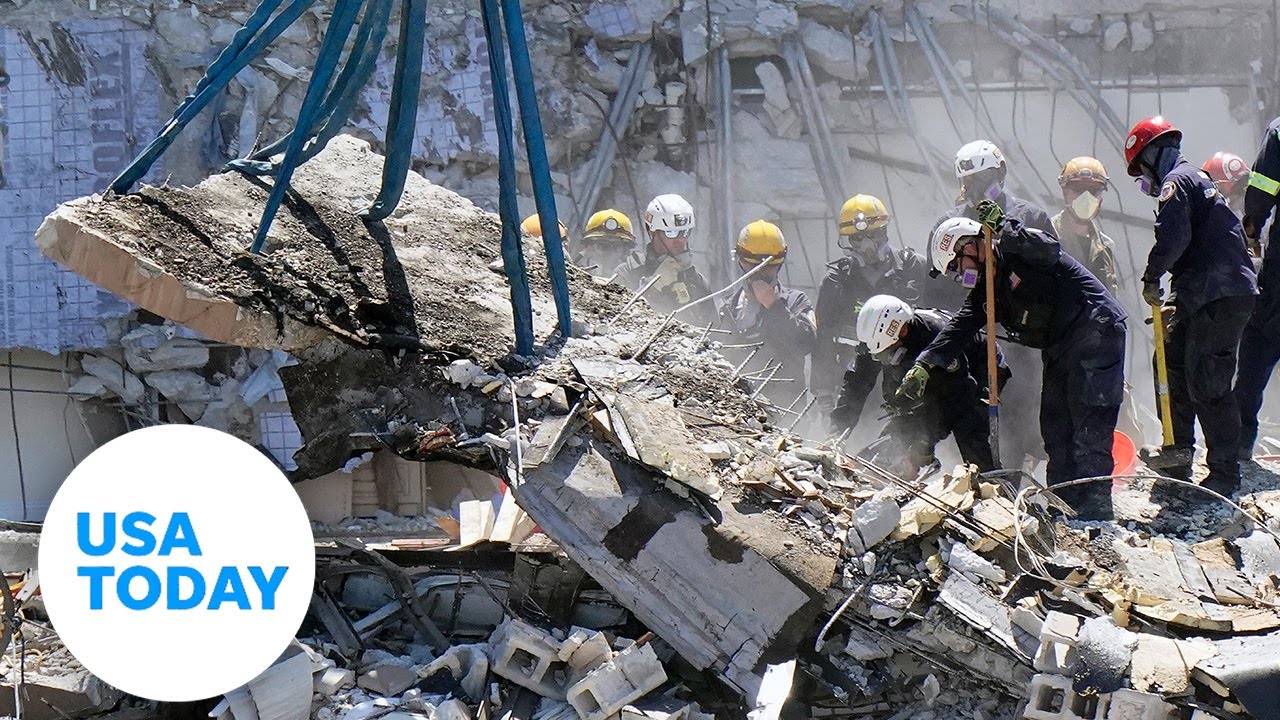 Miami-Dade Assistant Fire Chief Raide Jadallah told family members in a private briefing Wednesday that workers had extricated the bodies from the rubble of the building that collapsed June 24. Jadallah said 32 victims have been identified.

Crews “did some significant removal of the pile and were able to get down to various areas to inspect,” he said.

The latest bodies were found hours after journalists were for the first time allowed near the massive debris pile, although access was limited to the part of the building that was imploded three days ago. Access was not allowed on the east side, where about 200 search-and-rescue workers toiled on the rubble pile from the original collapse.

The air was thick with humidity and dust. The mountain of rubble was dominated by massive chunks of concrete, rebar sticking out, bed frames and air conditioners.

Gov. Ron DeSantis, speaking at a news conference Wednesday morning, discussed the impact the tragedy has had on Surfside, all of Florida “and throughout the world.” He lauded the work of those working to find bodies – and survivors – at the site.

“First responders are invested in this mission,” he said. “You gotta pull these guys off that pile, they want to be there … and it is something really deep in them in terms of accomplishing the mission.”

No survivors have been found since a few hours after the collapse two weeks ago. Strong winds from Tropical Storm Elsa caused some issues with cranes brought in to move debris, but the storm mostly bypassed the area and work was continuing Wednesday.

It was not clear how long the search would continue, or when it might be designated a recovery mission rather than a rescue one.

“I don’t think the state is ever quite going to be the same,” DeSantis said.

U.N. chief urges calm in Haiti after killing of president