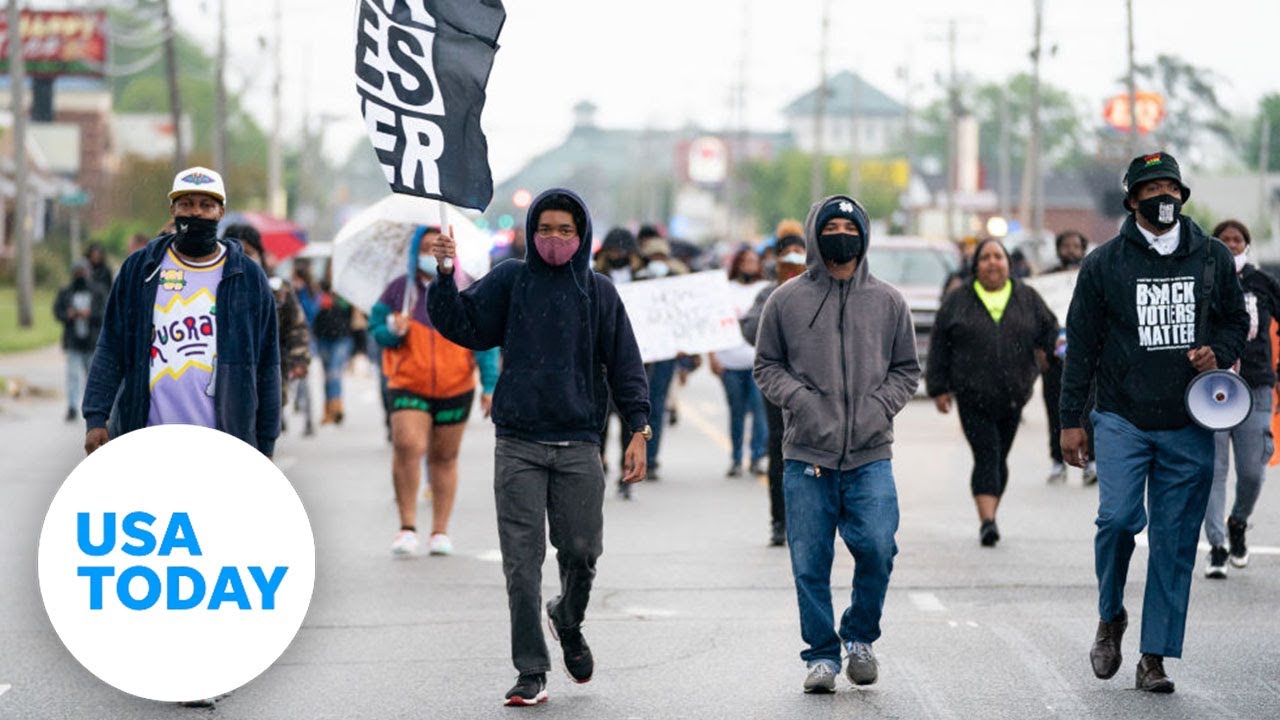 A state of emergency was declared Monday for Elizabeth City as the family of Andrew Brown Jr. prepared to view bodycam footage of the Black man’s fatal shooting by sheriff’s deputies in the North Carolina town.

The family and its representatives plan on viewing the video at the Pasquotank County Sheriff’s Office before holding a news conference, lawyers Ben Crump, Harry Daniels and Bakari Sellers said in a statement.

“City officials realize there may potentially be a period of civil unrest within the city following the public release of that footage,” the city’s declaration said Monday.

Brown, a father of seven, was fatally shot Wednesday by deputies serving warrants in Elizabeth City. Few details of the shooting have been released, although a first responder can be heard on dispatch audio saying, “Be advised EMS has one male, 42 years of age, gunshot to the back.”

Public release of the video, demanded by advocacy groups, requires court approval. Sheriff Tommy Wooten has said he would seek that approval as soon as Monday, but not until he is assured by the State Bureau of Investigation that the release would not compromise its probe.

Wooten, who has heard a chorus of calls for his resignation, won support Sunday from the chairman of the county commission. Chairman Lloyd Griffin asked the community for patience as the shooting investigation continues.

“Rushing the gathering of evidence and interviewing of witnesses would hurt any future legal case that might be brought in the wake of this tragedy,” Griffin said. “Justice, when done right, takes time.”

Griffin said an officer-involved shooting in Charlotte two years took three weeks for body camera footage to be legally released. Griffin said he hopes it doesn’t take that long this time, but said state law must be followed.

“The commissioners support Sheriff Wooten, who is trying to maintain public safety in our county while also being responsive to the needs of the Brown family and those concerned about this shooting,” Griffin said. “It’s easy to criticize and it’s hard to lead.”

Seven deputies have been put on paid administrative leave since the shooting. Daniels said Brown was shot in the back by deputies as he was attempting to flee. His death Wednesday came the day after former Minneapolis police officer Chauvin was convicted of murdering George Floyd, whose death was also caught on video and ignited a wave of national protests venting outrage over police treatment of people of color.

“The family is ready to see this bodycam footage,” Daniels told NBC News. “Nothing is guaranteed.”

Gov. Roy Cooper called the shooting “concerning” and urged public release of the video “as quickly as possible.”

Elizabeth City, 60 miles south of Virginia Beach, Virginia, is the county seat and home to fewer than 18,000 residents, about half of them Black.