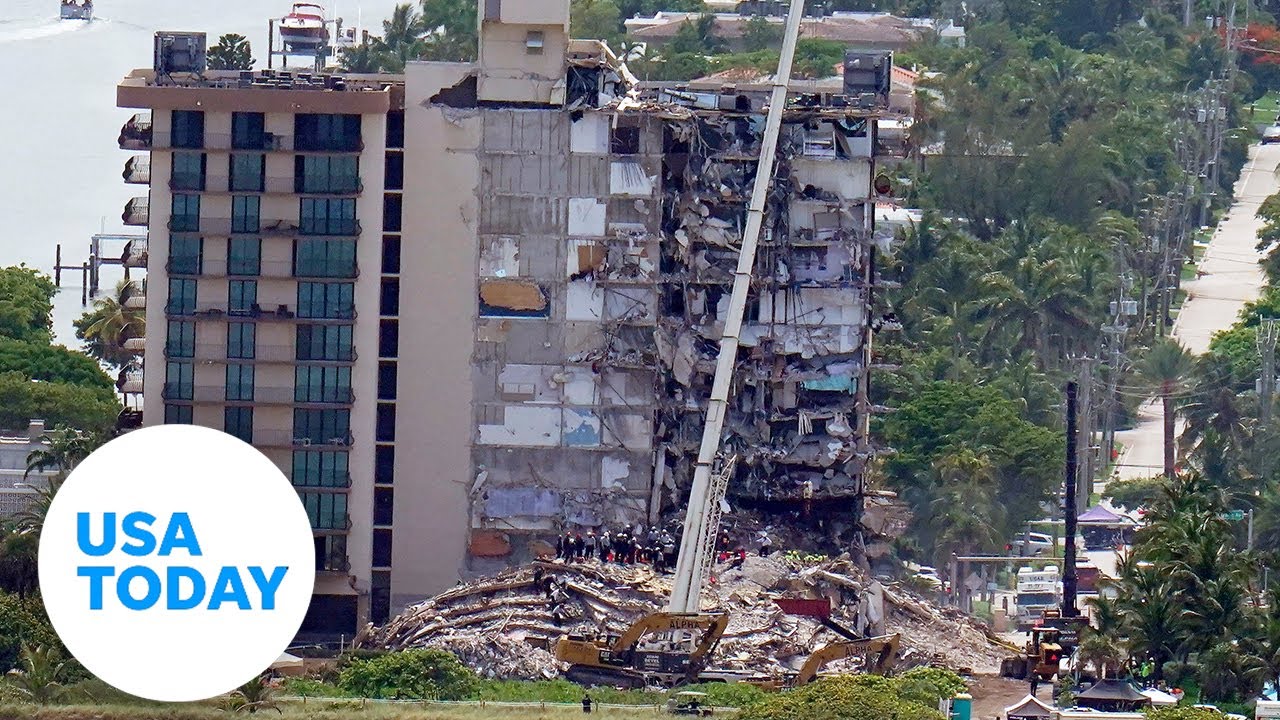 The approximately 10 members of the team from Israel’s Home Front Command are experts in engineering and social care efforts. They marched onto the site Sunday morning to join the dangerous search at the 12-story beachfront building, where air conditioners and furniture still occasionally fall. Families are growing increasingly anguished at the slow pace of recovery, and authorities have been DNA-testing relatives to help make IDs.

Many of those who were in the partially collapsed Champlain Towers South building were Jewish, and as many as 20 of the 159 people who remained missing Friday are of the faith, Maor Elbaz-Starinsky, Israel’s consul general in Miami, told USA TODAY.

A wing of the residential building collapsed at about 1:30 a.m. Thursday, video footage capturing the rapid disintegration of the building’s center and wing in a cloud of dust. Since then, fires and flooding have hampered search-and-rescue efforts, and authorities have been proceeding cautiously, using lasers to measure debris shifts.

“You’ve the fires that have been happening, ultimately that creates expansion in the metal, expansion in the concrete, it creates smoke. But those also take a chance of weakening an already compromised building,” said Jimmy Patronis, Florida’s state fire marshal. Rescuers are “trying to work as fast as they can, at the same time looking out for the safety and well being of those doing the job to save the lives of others. It’s a real delicate balancing act.”

Patronis said search-and-rescue teams from across Florida, and from Mexico, have also joined the effort, which was temporarily paused Sunday morning as the rubble shifted. Crews were working 12-hours shifts in high temperatures with occasional downpours.

At the building, the smell of electrical fires wafts through nearby streets although it’s eerily quiet. The public is being kept far away from the site, where dust still fills the air in between rainstorms.

The building was erected in 1981 and was due for a required 40-year inspection before its collapse. Authorities said it’s unclear why the building collapsed, but researchers and engineers have pointed to a variety of possibilities, including sea-level rise, the corrosive effect of saltwater, the stability of the ground underneath, shoddy construction or lax oversight.

“Everybody that is needed is on the site and doing the work. And we’re continuing our efforts to find people alive,” Miami-Dade County Mayor Daniella Levine Cava told CBS News’ “Face the Nation” on Sunday. “The community is really providing the support for each other and the inner circle of those who are directly affected and the whole community. Surfside is on standby for this important time and in solidarity and the whole world, we feel the support of the whole world for us right here in Surfside.”

Pistons select Cade Cunningham with No. 1 in NBA draft