Politics over allotment of room for religious prayers have gained pace now. As per reports, Speaker has issued an order for allotment of a separate room where Namaz can be offered in the Jharkhand Legislative Assembly. Following this, BJP MLA Viranchi has also now demanded a room for reciting Hanuman Chalisa. 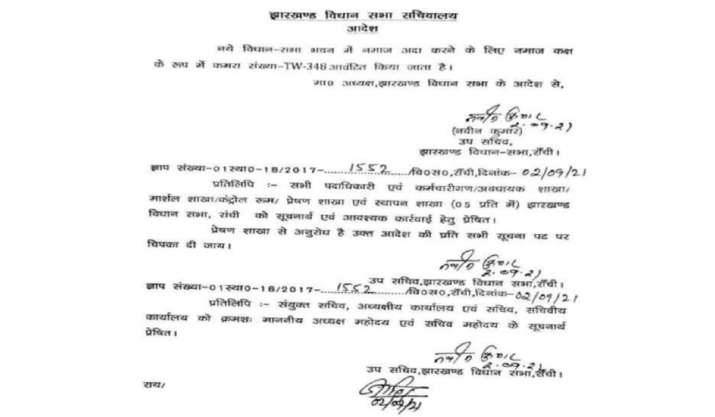 Upping his ante, BJP Viranchi Narayan has said that when a separate room can be allotted for the Muslim society, then why not for Hindus. He said, ” I would like to humbly ask the Speaker of the Legislative Assembly that at least five rooms or a big hall should be allotted for reciting Hanuman Chalisa,” adding that a room should also be allotted for legislators belonging to Jain, Buddhist and tribal societies.

Going a step further, BJP leader CP Singh, the former speaker of the assembly demanded the construction of a grand temple of Lord Hanuman in the Vidhan Bhawan complex.

Objecting to the move, BJP leader Babu Lal Marandi also said, “Temple of democracy should stay as the temple of democracy only. The allotment of a separate room at (Jharkhand Vidhan Sabha) for Namaz is wrong. We’re against this decision.”

UP govt to develop Electronic Park in Noida along Yamuna Expressway