Thousands of farmers, after reaching Karnal’s mini-secretariat, have staged a ‘dharna’ (sit-in) protest in front of the district administration building on Tuesday demanding the Haryana government to take action against IAS officer who ordered a lathi-charge on protesters on August 28.

The farmers have threatened that they will lay siege on the Karnal mini-secretariat if they are not heard out.

While they continue with their sit-in protest at the mini-secretariat gate, DC Nishant Kumar Yadav, IG Mamta Singh and SP Gangaram Punia, other senior officers are still holding talks with the farmers so that some positive solutions can be found, the Haryana government said in a statement. 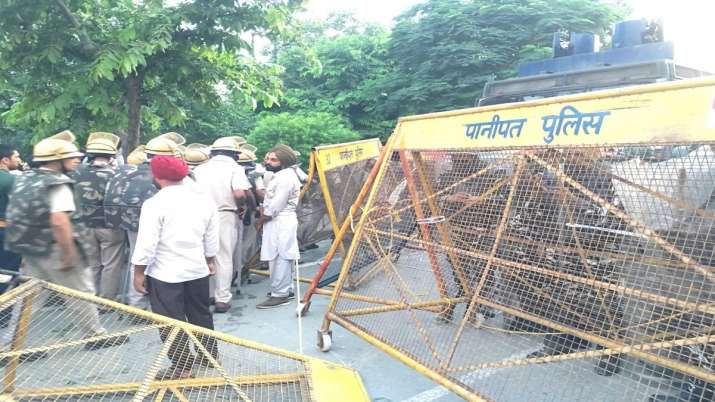 On their way to the secretariat, some protesters also removed a barricade obstructing their path.

A heavy traffic jam was witnessed in Karnal due to farmers march towards the secretariat, which began after their meeting with the district officials ended inconclusively on Tuesday afternoon.

The protesters were first stopped by the police at Namaste Chowk (intersection). It was only after a short discussion that the police allowed the demonstrators to move ahead.

Hundreds and thousands of agitators riding on tractors, carrying ‘latths’ (sticks) have been reported to move towards Karnal’s mini-secretariat.

Political activist Yogendra Yadav claimed that he and Bhartiya Kisan Union leader Rakesh Tikait were briefly detained by the police.

He, however, said that he is not happy with the way things are unfolding as he wanted the whole congregation and march to be conducted in a peaceful manner.

“This is not the way we wanted things to happen. We are ready to be arrested but we do not want any politics on this topic,” he told media.

This morning an 11-member farmers delegation from the kisan mahapanchyat presented a memorandum of their demands to the Karnal Deputy Commissioner at the mini secretariat this morning.

In the memorandum, the farmers reiterated their demand for strict action against the IAS officer who ordered a lathicharge against the protestors on August 28. 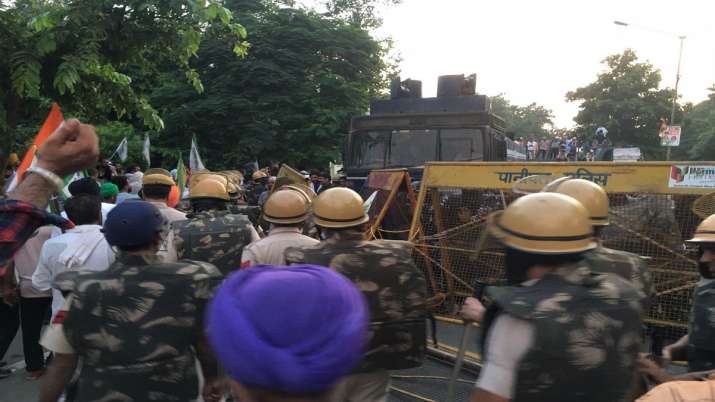 Post the meeting Yogendra Yadav had told media, “Our talks with the DC and SP were held in three rounds. It was attended by 15 representatives. All we demanded was strict action against the IAS officer who ordered lathicharge on August 28. We didn’t seek any compensation. However, the authorities didn’t agree to even that.”

(With inputs from IANS)