VOORHEES TOWNSHIP, N.J. — A New Jersey high school valedictorian was silenced briefly during commencement remarks about mental illness and his own experience as a queer-identifying teen surviving high school.

Now, the Voorhees school district wants a federal agency to review whether it acted improperly in muting Bryce Dershem’s microphone and allegedly crumpling the paper copy of his speech on the dias before 450 graduates and their families.

Padovani said he’s filed a complaint with the U.S. Department of Education’s Office for Civil Rights in Cherry Hill, requesting the agency investigate whether the school district discriminated against Dershem.

“There is an act of discrimination that is now being alleged against us,” Padovani said.  “We can’t really conduct our investigation … let an independent see if we did anything wrong. That’s fair.”

Padovani is in the process of collecting materials for the civil rights office, he said.

Padovani and Cloutier said the school district is prepared to fully cooperate with the review.

When Dershem, 18, stepped to the microphone on June 17 with a bright rainbow LGBTQ Pride flag wrapped around his red graduation gown  he had already been through rounds of negotiations with high school administrators on what he could say in his speech, according to reports.

In the June 17 commencement video posted to the Eastern Regional High School website, Dershem opens the ceremony with remarks that are traditional enough, thanking friends and family for believing in every graduate seated on the field.

Then, he eased into telling his version of the Eastern Regional High School experience.

“After I came out as queer, I felt so alone,” he said, as Principal Robert Tull in a black robe and cap walks into the frame behind him and leans down behind the stage.

The mic slowly cuts out, with the rest of the sentence trailing off into silence.

“I didn’t know who to turn to,” were the last words he said before the mic completely went silent.

Realizing the mic was off, the crowd broke into applause for him. 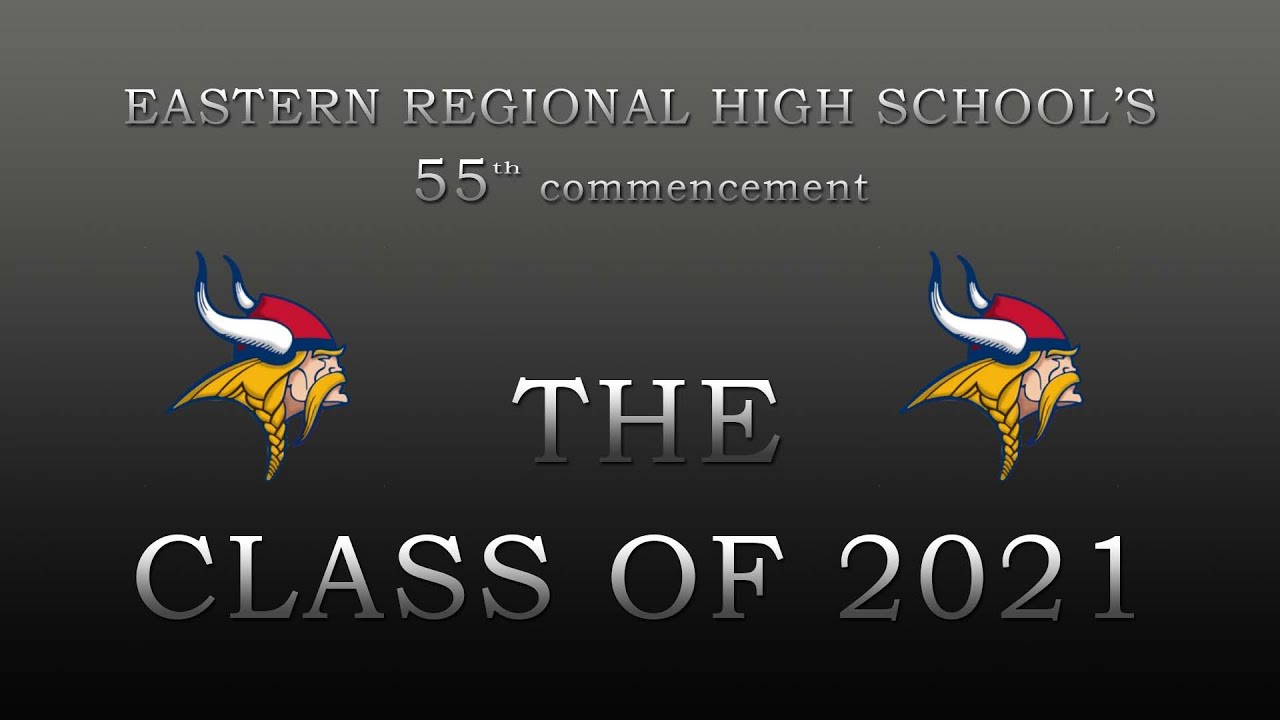 Tull walks up to the podium takes the microphone from its cradle, holds it above his head, says something to Dershem, then walks off the stage with the paper copy of Dershem’s speech in his hand.

Through the scene, applause breaks out again, with one voice yelling: “Let him finish!”

A microphone is brought back to the dais, and a composed Dershem faces the crowd and continues, his classmates erupting in applause.

“As I was saying …. After I came out as queer freshman year, I felt so alone. I didn’t know who to turn to for support, for guidance, for a hug. Every day at school I outwardly smiled while inwardly questioning how we were supposed to link the different facets off of our identities,” Dershem said, not taking his eyes off the crowd.

The text of his district-approved speech remained in a binder on the podium.

He seemingly gave his unsanctioned speech from memory — the text he brought with him, reportedly sidelined by the principal.

“If you have struggled, or will struggle, I believe you. And I hope you will believe others, too. From a formerly suicidal, formerly anorexic, queer … one person’s life can save a life,” he told his classmates.

In the days since Dershem’s graduation-day ordeal was revealed, he’s been featured on Good Morning America, and praised by New Jersey Gov. Phil Murphy for his “resilience and courage” in “speaking truth to power.”

Meanwhile, Twitter users have called on the district to review Tull’s position as high school principal.

Padovani could not say whether any conversation related to Tull’s position had gone on since commencement day, or the backlash over the incident.

All student speeches are coordinated through Tull with other administrators, Cloutier said in a statement, noting the “expressed focus is on the graduating class as a whole” and connecting their educational experiences with “inclusive messages about the future of all students in the class,” the superintendent said.

Student speakers were required to have their speeches approved by Tull and school administration.

Dershem — a queer-identifying, formerly suicidal student graduating top in his class of 450 students — focused on mental health, believing in yourself, and believing others’ when they reveal they’re struggling.

Eastern’s Salutaorian Arianna Reischer, who described herself as a formerly home-schooled, vegan, yearbook editor, focused on her classmates’ growth from freshmen year to commencement.

“The district is committed to the diversity and inclusion initiatives of the (New Jersey Department of Education,” Cloutier’s statement said.

Google's new tool helps people find food support in their community. Here's how to use it

Biden announces new round of Cuba sanctions after protest crackdowns