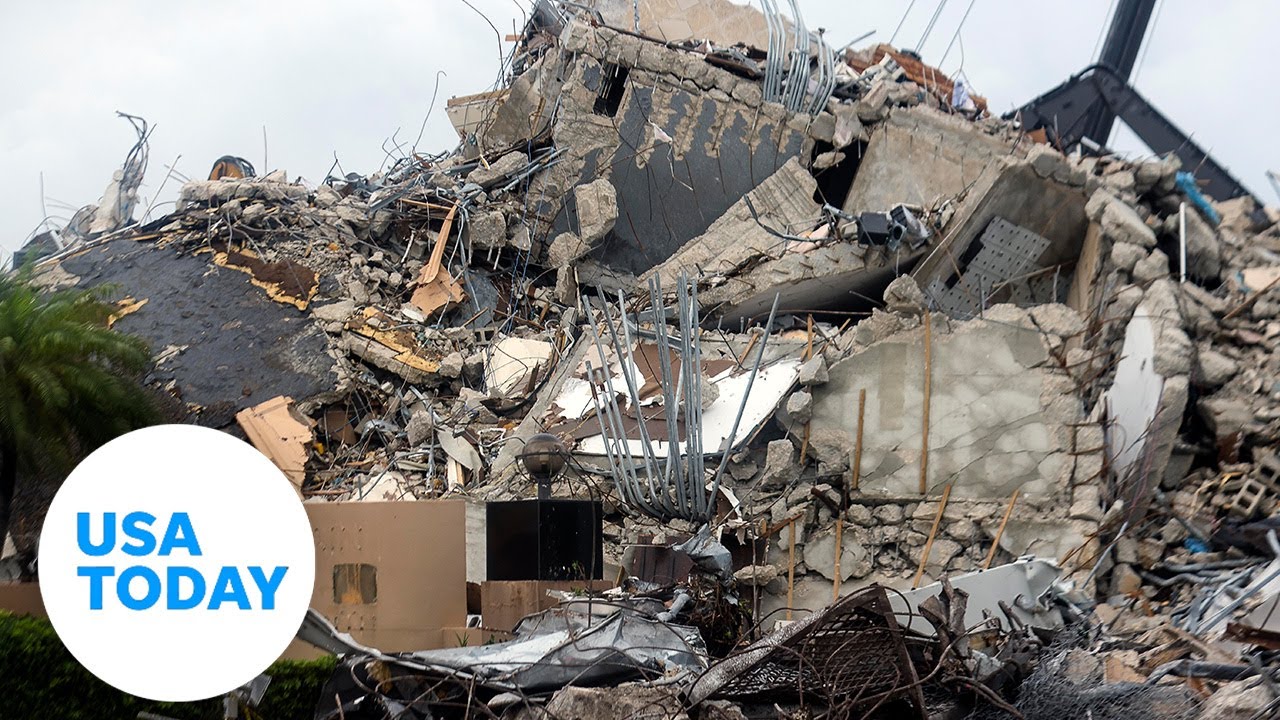 SURFSIDE, Fla. — The search efforts at a Miami-area condo building that collapsed June 24 shifted from rescue to recovery Wednesday, a devastating announcement that many families of the missing have been expecting for days.

Miami-Dade Assistant Fire Chief Raide Jadallah told families that after searching all areas of debris that officials have concluded it will now be next to impossible to find people alive.

“Our sole responsibility at this point is to bring closure,” he said, adding that workers concluded there was “no chance of life.”

Emergency teams would remove rescue dogs and sound devices but would continue to search through the rubble for the bodies of victims, Jadallah told the families at a private briefing Wednesday.

Crews searched through the rubble of Champlain Towers South in Surfside for 14 days, hoping to rescue any survivors of the catastrophic collapse. The only recovered survivor was found hours after rescuers arrived at the scene.

Earlier Wednesday, the death toll in the tragedy climbed to 46 as 10 bodies were pulled out of the rubble. More than 90 people remain unaccounted for.

Experts say the decision to shift from a rescue to a recovery mission is complicated and involves hundreds of factors. Among them: weighing the safety of the rescuers against the possibility of finding survivors.

Thomas Miller, West Virginia director of the National Volunteer Fire Council, called it “the toughest decision you’ll ever make in the world.”

“When crews arrive, there are already victims. Our goal is not to add more victims to the scene by injuring rescuers,” he said.

Miami-Dade County Mayor Daniella Levine Cava fought back tears Wednesday as she announced that 10 more bodies had been found, saying 32 of the victims had been identified and their family members notified.

“Our commitment to this mission is deeply personal,” Levine Cava said of the rescue teams that have been working around the clock for two weeks. “We are so grateful to these everyday heroes. They are superheroes.”

Jadallah said crews “did some significant removal of the pile and were able to get down to various areas to inspect.”

The latest somber discoveries were made hours after journalists were allowed near the massive debris pile for the first time, although access was limited to the part of the building that was imploded three days ago. Access was not allowed on the east side, where about 200 search-and-rescue workers toiled on the rubble pile from the original collapse.

The air was thick with humidity and dust. The mountain of rubble was dominated by massive chunks of concrete, rebar sticking out, bed frames and air conditioners.

Gov. Ron DeSantis said at a news conference Wednesday morning that it was unclear whether flaws in the structure were unique to the building, its construction or maintenance. Also unclear are the implications of the collapse for new state regulations.

“I think we need to get those definitive answers,” he said.

DeSantis discussed the effect of the tragedy on Surfside, all of Florida “and throughout the world.” More than 500 first responders came from across the state and nation, he said, lauding those working to find survivors and bodies.

“First responders are invested in this mission,” he said. “You gotta pull these guys off that pile, they want to be there. … It is something really deep in them in terms of accomplishing the mission.”

Surfside Mayor Charles Burkett said engineers ran tests at the Champlain Towers North building to see whether it had structural problems. An analysis of the data could take months, he said.

Burkett said $3 million has been collected or pledged to help families. Money is still flowing in, he said, and it will go to families immediately.

“I don’t think the state is ever quite going to be the same,” DeSantis said.

Nick Cannon Says He's Had All 7 of His Kids 'on Purpose,' Jokes He's 'Like a Seahorse Out Here'

Beats Flex Wireless Earbuds are on sale at Amazon