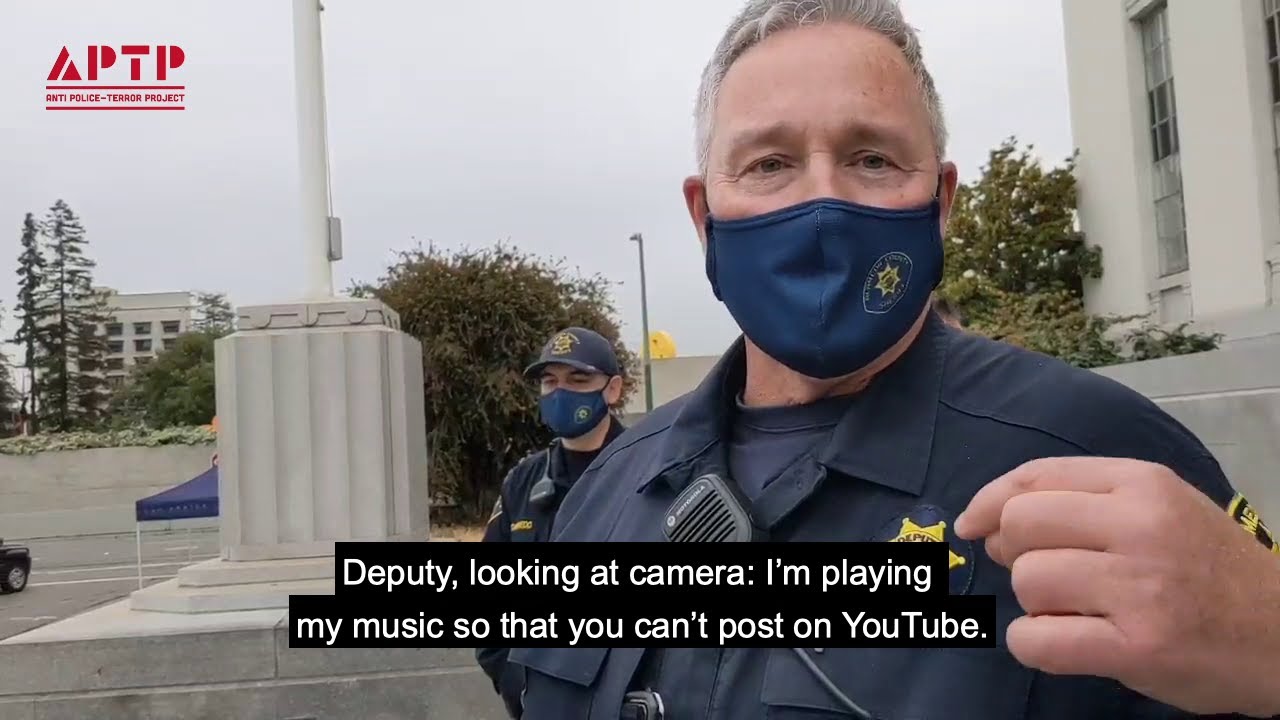 A California sheriff’s deputy has attracted national attention after video shows he played a Taylor Swift song on his phone in a failed attempt to trigger censorship of an activist’s video. Instead the footage was successfully published and went viral.

On Tuesday morning in Oakland, Calif, James Burch and several activists went to the Alameda County courthouse and recorded a confrontation with a deputy, according to The Washington Post. As they recorded, the deputy reached into his pocket for his phone and started playing Taylor Swift’s 2014 hit single “Blank Space,” according to a YouTube video uploaded by Anti Police-Terror Project.

The video shows a confrontation between Burch and the officer over the placement of a banner.

Burch asked the deputy, “are we having a dance party right now?” The deputy said no and continued to blast the music, the video shows.

When questioned about the music, the deputy said “You can record all you want, I just know it can’t be posted on YouTube.”

YouTube has an automated copyright system, which detects and removes unauthorized protected material from being uploaded.

Burch and his organization, the Oakland-based Anti Police-Terror Project, which says it aims to hold local law enforcement accountable, posted the video to Twitter and later YouTube. The video has been viewed over 800,000 times on Twitter and over 400,000 times on YouTube.

The organization arrived to the courthouse for the pretrial hearing for Jason Fletcher, a former San Leandro, Calif., police officer who faces a charge of voluntary manslaughter. Fletcher fatally shot Steven Taylor less than 40 seconds after he entered the Walmart where Taylor was allegedly trying to leave without paying, according to Alameda County District Attorney Nancy E. O’Malley.

The deputy’s attempts to censor the publication of the video was not approved by the sheriff’s office, according to The East Bay Times, which identified the deputy in the viral video as Sgt. David Shelby.

“The officer was trying to be a little smart, and it kind of backfired,” Sgt. Ray Kelly, a sheriff’s office spokesman, told The Post. “Instead of censoring it, it made it go viral.”

The incident is being investigated by the office’s internal affairs department. Kelly added that there isn’t a policy against blasting music as Shelby did, although the sheriff’s office doesn’t condone his behavior.

“This is not a good look for law enforcement,” Kelly told the newspaper. There is a “serious lesson learned here.”

Unexpected Benefits to Starting the Day Off With Chocolate