For the past three years, Marvin Vettori has lived with the belief that he beat Israel Adesanya in a non-title fight back in 2018. This weekend, Adesanya intends to shatter that belief.

Adesanya (20-1) will seek his third middleweight title defense at UFC 263 on Saturday, when he meets Vettori (17-3-1) for the second time at Gila River Arena in Glendale, Arizona. Adesanya defeated Vettori via split decision when they first met, and the result really wasn’t all that controversial. Vettori, however, has maintained he did enough to win.

Although Adesanya doesn’t see any unfinished business here, he wants to dominate so Vettori realizes he never did — nor ever could — beat him.

That’s a fun storyline for a title fight — but there’s actually a quieter one that might be more intriguing. For the first time in his career, Adesanya will go into Saturday’s fight off a loss — a unanimous decision to light heavyweight champion Jan Blachowicz when Adesanya stepped up in weight to pursue a second title on March 6.

Two title fights between familiar foes headline UFC 263. Israel Adesanya defends his middleweight title against Marvin Vettori, whom he defeated by split decision in April 2018. Deiveson Figueiredo and Brandon Moreno battle for the flyweight championship for the second time after fighting to a draw in December.

Another storyline flying under the radar involves the co-main event. December’s five-round majority draw between Deiveson Figueiredo (20-1-1) and Brandon Moreno (18-5-2) was a fight of the year candidate, but the rematch has been overshadowed by the main event and the presence of superstar Nate Diaz on Saturday’s card.

If you’re looking for the best storyline on this card, however — for my money — it’s Leon Edwards. I call him the unluckiest fighter in the UFC. He’s unbeaten in past nine fights — eight wins and a no contest — but Edwards has yet to fight for a UFC title. Until this weekend, when he faces Diaz, he has failed to even be booked against another highly ranked, high-profile opponent. Edwards’ UFC career has featured a series of false starts, resulting in underappreciation.

But if the British welterweight goes out and styles on a name like Diaz, that narrative will finally change. And Edwards will start booking the kind of signature fights his talent should have earned him a long time ago. And if he falls short — well — we’ll get ourselves a brand new story out of it. Nate Diaz, UFC welterweight title challenger?

4: Title fight wins by Adesanya, tied for second most in UFC middleweight history — but far, far behind Anderson Silva‘s 11.

5: UFC fighters who have had three or more knockdowns in multiple fights. Among them is Adesanya, who floored Kelvin Gastelum four times in their 2019 bout. The others: Silva, Conor McGregor, Donald Cerrone and John Lineker.

54: Percentage of takedown attempts on which Vettori is successful, the best rate for an active UFC middleweight and fifth best ever at 185 pounds. Adesanya’s 87% takedown defense vs. middleweight opponents is the second best in division history (minimum five fights and 20 attempts).

Dominick Cruz on how Adesanya can offset Vettori’s aggression:

“It’s a tricky fight in terms of, can Vettori wear on Izzy and get him tired with the pressure and wrestling — and do it for five rounds?” UFC middleweight Derek Brunson said. “I think Izzy is going to be a better version of himself from the first fight. He’ll focus on keeping the center of the cage and being efficient with his strikes. Vettori will try to get him against the cage, get a takedown, put him on his back. … If Vettori can implement what he wants to do, then he’ll be successful.”

Check out how Brunson and other experts break down the main event and predict a winner. 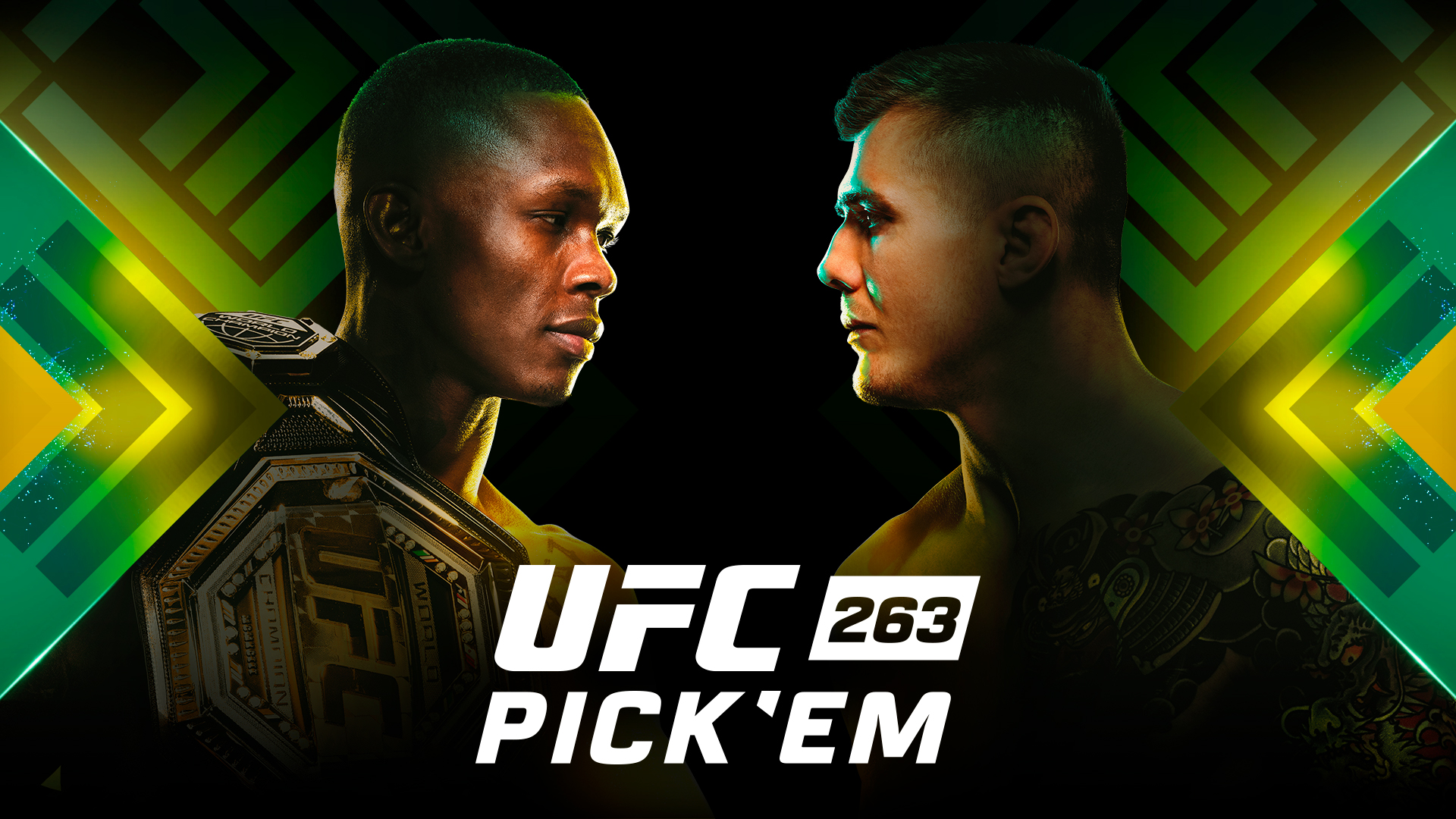 7: Finishes in the UFC by Figueiredo, tying him with former champion Demetrious Johnson for the most in flyweight history.

19: Takedowns by Moreno in the UFC, tied for second among active flyweights. He had four takedowns in the first Figueiredo fight.

6: Consecutive fights for Figueiredo without a loss, the longest streak among active UFC 125-pound men. Moreno is unbeaten in his past five bouts.

3: Fight night bonuses for each man, tying them for the second most among active UFC flyweights.

Gilbert Melendez displays how Deiveson Figueiredo is so good at managing the distance from his opponent while remaining on the offensive throughout his fights.

“It was so even last time that it’s hard to pick,” said Jim West, coach of MMA Gold. “They definitely know each other’s tendencies now, so the question is: Who will be able to exploit those best? I still think Figueiredo has the power advantage, and if he can get Moreno into a brawl, I like his power. I also think he’s the better grappler. I think Figueiredo is going to be able to impose his will much better this time around.”

Check out how West and other experts break down the co-main event and predict a winner.

Looking back at the greatest moments from Nate Diaz’s thrilling showdowns in the Octagon.

And the ‘Don’t Be Scared, Homie’ Non-Championship:
Leon Edwards vs. Nate Diaz

The quote above is actually from Nick Diaz, not his brother. But Nate Diaz also embodies the Stockton swag and has taken it to a higher level. He is a UFC star.

Alexander Volkanovski and Brian Ortega coach a dynamic cast of 16 ascending athletes who have put everything else in their lives aside for the chance to pursue their UFC dreams. Season premieres Tuesday, June 1. Watch on ESPN+

Consider how Diaz’s return after an absence of over a year and a half is being treated. This fight with Leon Edwards is the first non-main event, other than a title bout, that the UFC has scheduled for five rounds. No surprise that the promotion would want to put as much Diaz on display as possible. In some ways, the fight is overshadowing Saturday’s two champions and their title defenses.

Edwards, who is unbeaten in his past nine fights, is the betting favorite (-575). He’s No. 4 in the ESPN welterweight rankings. But Diaz, despite having lost two of his past three and being unranked, is the fan favorite. So let’s look at some of his numbers:

596: Days it will be on fight night since Diaz’s last appearance, a third-round TKO by Jorge Masvidal in November 2019. This will not be Diaz’s longest gap between fights. After losing his 2016 rematch with Conor McGregor, Diaz went 1,092 days before fighting again.

9: Submission wins among Diaz’s total of 15 UFC victories. That’s the fourth-most tapout wins by a UFC fighter. (Edwards has never been finished.)

2,256: Strikes landed by Diaz in his UFC career, the third most of all time.

4: Fights in which Diaz has absorbed 100 or more significant strikes, one behind the all-time lead.

15: Fight night bonuses won by Diaz, tying him for the third most all time.

Watch the PPV and all other fights on ESPN+. Get ESPN+ here.

Purchased the fight on your phone and want to stream on your TV? Find out how here.

Biogen Alzheimer’s drug and the new battle over dementia treatment